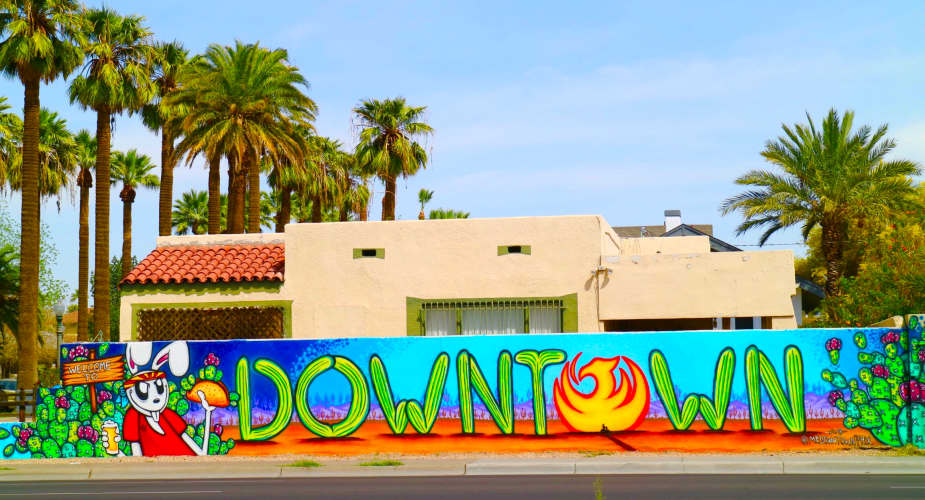 Phoenix is the capital of Arizona and the sixth most densely populated city in the United States. Phoenix is one of the fastest-growing cities in the country with a population of nearly 1.6 million. It is located in the southwestern region of the U.S. near the Four Corners area.

Phoenix is known as the desert capital of the United States because of its hot climate and sunny environment. It is home to famed landmarks, gorgeous museums, and world-class restaurants.

Due to its inviting year-round climate, Phoenix is home to many sports teams. In 1998, it became just the 10th city in the nation to host a professional team in all four major sports.

Its football team is the Arizona Cardinals (NFL). The Phoenix Suns (NBA) are its basketball team. The Phoenix hockey team (NHL) is named The Arizona Coyotes, and it also has a soccer team (USLC) known as Phoenix Rising FC.

This article will help you learn more about the best neighborhoods in Phoenix, where they are located, and what they offer. We’ll discuss each neighborhood’s restaurants, parks, cultural attractions, and shopping points.

Downtown Phoenix is a perfect place to live, work, and have recreational activities. You have plenty of public transportation, walkability, and bike-riding.

Downtown is widely recognized as the Central Business District. Numerous national and international corporations are housed here that prove to be a vital source of employment opportunities. Many major banks are located here, for example, JP Morgan Chase, Bank of America, Wells Fargo, and the US Bank.

Downtown offers many art attractions for its residents including The Phoenix Center for the Arts, the Wells Fargo History Museum, the Phoenix Art Museum, as well the Arizona Latino Arts and Culture Center.

Downtown Phoenix is certainly a place for a number of outdoor activities. A Chase Field stadium is the home to the Arizona Diamondbacks during baseball season. Options for kids include Children’s Museum Phoenix and The Science Center to learn new things.

Arcadia is located in northeast Phoenix. To the east, it borders Scottsdale, and to the north, it borders Paradise valley.

Places to visit in Arcadia include an iconic natural landmark called Camelback Mountain which is known as the "soul of Phoenix". It is named after its resemblance to a kneeling camel and provides access to some of the city's greatest hiking at Camelback Mountain Echo Canyon Recreation Area.

If you’re craving food, Arcadia offers you choices among restaurants including Chelsea’s Kitchen. This Cafe is famous for its farm-fresh ingredients and simple dishes along with a spice of care and creativity.

Arcadia is a well-known point for sophisticated wine cafes. For example, Postino Wine Cafe is a hub for boutique international wine lovers. Artisan meat, bruschetta, cheese plates, salads, and nibbling on the panini are the food options offered here.

Arcadia tends to offer luxury resorts for the people living here. The Canyon Suites at Phoenician, one of the exquisite resorts, is located 8.0 miles to the city center and 5.7 miles to Sky Harbor International Airport. The resort has spacious rooms, 8 restaurants, a Golf course, and much more.

Just like Downtown, Roosevelt is a place for art lovers. For example, the Heard Museum is a private, non-profit museum dedicated to the promotion of American Indian history.

If you’re looking for some unique activities, visit First Fridays night. On the first Friday of every month, the biggest art walks are arranged in this neighborhood, and its museums and art galleries remain open till late at night.

During your visit to Roosevelt, you have a range of offerings to serve your appetite. Jobot Coffee offers sweet to savory crepes. Bliss ReBAR is famous for its bar food. Carly’s Bistro is known for Sandwiches and salads. Cibo is an attraction for Italian food lovers.

Dr. A.J. Chandler, a veterinary surgeon, was the founder of this city. Chandler is a fast-growing city known as a bedroom community.

Being a technology hub, it has its distinct importance in Phoenix. Computer chip manufacturer Intel has had a large presence in this neighborhood. A Saas company Infusionsoft is also headquartered here.

If you’re the one who exhibits interest in ancient artifacts, you want to visit Chandler Museum to explore history. The Arizona Railway Museum is another stop if you have an interest in Railway equipment and related artifacts.

Plenty of eateries are serving the needs of foodies in Chandler. Singing Pandas Asian Restaurant & Bar offers a variety of American and Chinese Cuisine. Abuelo’s Mexican Food restaurant hosts you with Mexican recipes.

Chandler Fashion Center is a famous mall in this neighborhood. A place that caters not only to your shopping activities but is a must-visit stop. This Fashion center is home to various boutiques, movie theaters, restaurants, entertainment activities, and special events.

Guide to the Neighborhoods of Phoenix, AZ

Phoenix is a fascinating place for your moving to destinations. This guide assists you to start learning about the best neighborhoods in Phoenix. The area where you live can be a strong predictor of what it would be like to live there: These areas offer the following benefits:

If you are planning to move to Phoenix, Arizona, feel free to contact a local PacWest Moving & Delivery who are experts in their field. They will be delighted to serve you with their moving expertise and make your relocation hassle-free.