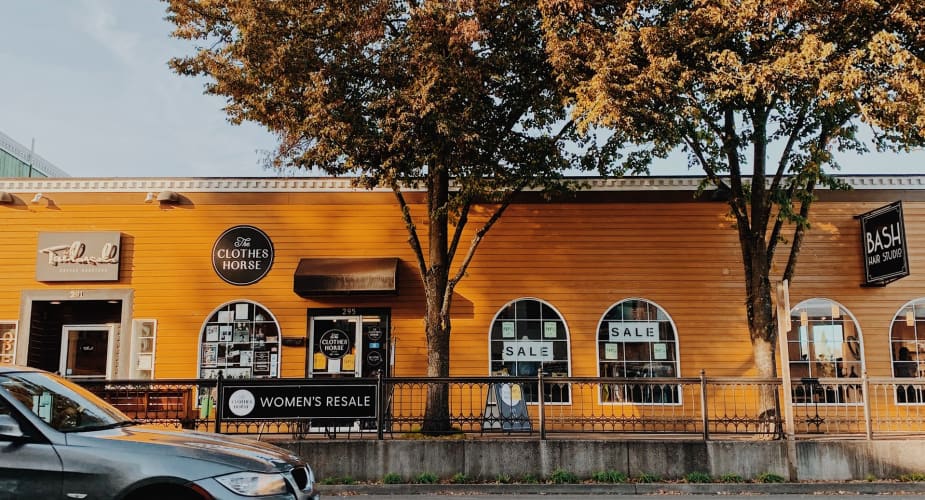 Eugene is situated at the heart of western Oregon, stretching from the Oregon Coast through the south Willamette Valley to the Cascade Mountains. Eugene, also known as Lane County, is a wonderful area to live in with a small-town vibe, excellent school systems, and easy access to outdoor activities.

The culture at Eugene is quite distinct with wonderful views of nature as well as a soothing pace of life. This city is especially recommended for families, young professionals, and the elderly. You can almost smell the green, which is true given Eugene's nickname, "Emerald City."

Eugene is one of the greatest places to learn about the Oregon way of life. Eugene does get a lot of rain, as rumor has it. In return for having to deal with rain from late October to April, the weather most of the year is spectacular. It has an abundance of hiking and walking tracks, dense forests, and breathtaking mountain landscapes. When you ride into town and look at the streets, houses, and neighboring valleys, you'll notice a lot of green.

Eugene's neighborhoods emphasize being strong-knit, providing a feeling of community. They're also diverse, especially in South Eugene, which is a common choice for parents wishing to expose their children to progressive beliefs. This article is aimed to narrow down some of the neighborhoods that you would want to consider if you’re thinking of moving to Eugene.

Amazon’s median salary is close to the national average, making it ideal for graduate students and university staff. The area is near the University of Oregon and has plenty of peaceful walking pathways.

The real estate here isn't bad either. The prices of the homes tend to be in the upper-middle range of what Eugene has to offer, and there are lots of modernized ranch-style houses with wide yards ideal for gardening.

South Eugene High School is close to Amazon Park, which contributes to the neighborhood's success. Because of its proximity to shopping, recreation, and education, the neighborhood is ideal for walkability. The school is Eugene's top-ranked public high school along with its welcoming, intellectual and engaging environment has earned the loving title "University of South Eugene."

Friendly, as the name suggests, is a fantastic neighborhood that will certainly develop in the next few years. With the surge of investors and young professionals, the region's development continues to expand.

Friendly is quickly becoming the city's most-searched area. Environment-efficient townhouse projects have started popping up around the neighborhood's primary hub at Friendly while offering an urban feel not found anywhere else in Eugene except the downtown region.

These changes have increased foot traffic to the popular Friendly Street Market and J-Tea, a teahouse showcasing China's best kinds of loose-leaf teas. On top of that, there's a new food cart pod named The Friendly Garden which has some of Eugene's best food carts and microbrews in the neighborhood.

With its quiet ambiance, it's easy to forget you're right in the center of Eugene. Irrespective of your financial status, you can enjoy a tight-knit community.

Fairmount offers housing close to the university which comes with high living costs, a restless student population, and a party atmosphere. These factors are prominent in the West University district or the region directly south of the University of Oregon.

The median house price in Fairmount is close to $400,000, and there are some great properties with easy access to almost everything. The typical income in this area is greater than the national median, making it an excellent investment if you're searching for your permanent home.

One of Eugene's best bakeries named Sweet Life, ice cream shop Prince Puckler's, and two Italian restaurants Beppe and Gianni's Trattoria are nearby on the corner of 19th and Agate. You can experience a weekly Farmer's Market during summer.

The median house price in Fairmount is close to $400,000, and there are some great properties with easy access to almost everything.

Covering 80 wooded acres is the sprawling Hendrick’s Park considered to be Fairmount’s main attraction. It's a favorite destination for city dwellers who seek some peace and quiet and is known for its world-renowned rhododendron garden.

Crest Drive is recognized as the "heart of Oregon wine country." You can get your hands on the excellent quality wines here instead of having to drive all the way to Sonoma.

All throughout Crest Drive deer and wild turkey can be seen in the densely wooded plots and calm, windy roadways. The most popular types of homes are two-story, 1970s-vintage homes, with housing prices of about $305,000 and an average annual income of more than $80,000.

While Cal Young has many houses in the $300,000-$400,000 price range, it is also home to several of Eugene's most exclusive developments. The houses surrounding Goodpasture Island Loop, especially those along the Willamette River, are among Eugene's most expensive.

Cal Young also has a lot of reputed schools and parks which makes it a great place to raise a family. You could have a nice picnic in the shade or walk along the road as a weekend activity with your family. This neighborhood is also convenient for urgent care facilities like Eugene Urgent Care and Helping Hands Home Care.

Cal Young also has a lot of reputed schools and parks which makes it a great place to raise a family.

Cal Young residents can choose from a variety of eateries. Satiate your cravings for coffee from Starbucks, have lunch at Burrito Amigos Taquerias, or feed your international food tastes at Cost Plus World Market.

Guide to the Neighborhoods of Eugene

This guide is meant to kick start your search and understanding of the neighborhoods of Eugene, Oregon. Eugene’s is a great place to work, study, and set roots, and many of its neighborhoods have the following advantages:

If you're about to move to South Eugene, Southeast Eugene, or East Eugene, make sure to consider a Eugene moving company. They will be knowledgeable about the area and would assist you with your relocation.