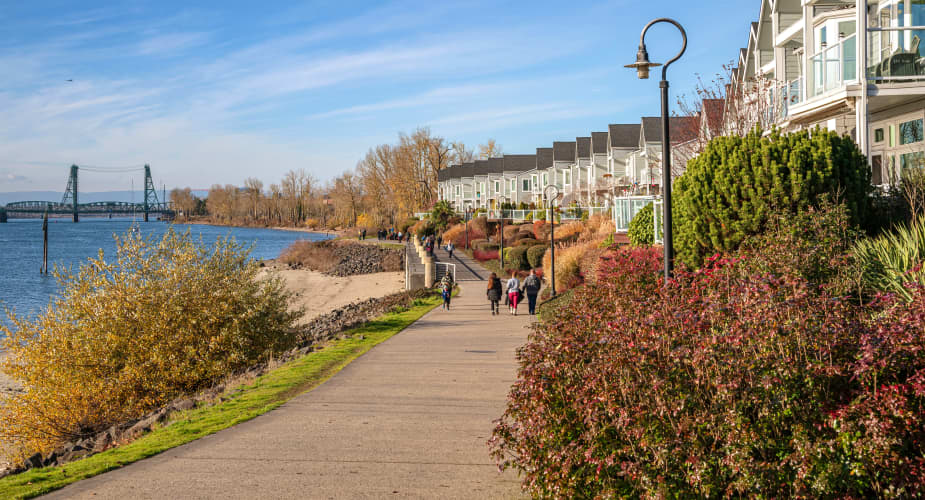 Vancouver is situated on the Washington-Oregon border along the north bank of the Columbia River. The city covers an area of 49.86 square miles. People living in Vancouver have easy access to Portland, Oregon, Mount Hood, and Seattle.

Many people are moving to Vancouver because the city has many things to offer such as quality jobs, schooling, and outdoor and recreational activities. Turns out, Vancouver is one of the cities with no state income tax. It is home to Clark College and Washington State University. Moreover, the city has a low crime rate and is ranked the 14th safest city in the USA.

This city has a mild climate with frequent rainfalls in spring, fall, and winter, whereas the weather remains dry and warm during summer.

Vancouver is a calm, quiet, and friendly destination for new residents. If you are new to this city, here are the 5 best places to visit and explore its heritage.

Located in downtown Vancouver, Esther Short Park was established in 1853. It is known as the oldest Public Park in Washington and covers an area of 5 acres. Esther Short Park is also called “Vancouver's outdoor living room”.

This park has a famous clock tower that is a 69-foot high along with 35 bronze bells. Other attractions of the park include a bronze statue of lady Esther Short, a large picnic area, a gazebo, a playground, and a rose garden. From beautiful sculptures to walking tracks, this park is filled with beautiful attractions.

There are a number of activities that Esther Short Park tends to arrange including music and other events. It hosts a weekend Farmer's Market from mid-March through October as well as some year-round events such as Vancouver Brewfest, the Recycled Art Festival, and 4 Days of Aloha.

British Hudson's Bay Company built Fort Vancouver in 1825 and named it after Captain George Vancouver. This fort served as the Pacific region's fur-trading hub. Fort Vancouver is located on the northern bank of River Columbia and covers 191 acres of land.

Many year-round events take place at Fort Vancouver for visitors to know about the history. Some of the informative and entertaining events are the Lantern Tour, Timeline of History Walk, Annual Campfires, and Candlelight. Moreover, the Visitors Center features a documentary to provide a historical view and evolution of the Fort.

Cedar Creek Grist Mill located in Woodland is a point of attraction for the new residents. George W. Woodham family and A.C. Reid established Grist Mill in 1876 to provide grinding services to farmers and merchants.

This unique Grist Mill operates as a working museum. The water-powered mill is ground with stones to keep its originality. Many visitors tend to enjoy watching the milling process while buying the fresh flour as well.

Other highlights of the Cedar Creek Grist Mill include a covered bridge at the entrance, a small trail, and a picnic area on the opposite side of the Mill.

Clark County Historical Museum was opened in 1964 and is located in 1909 Carnegie library. The Museum displays the cultural heritage of Clark County as well as the Pacific region.

There is an exhibition of a collection of artifacts from Native Americans, the Civil War, and the history of Vancouver at Clark County Historical Museum. The museum is also home to Research Library and a Gift Shop.

This museum hosts some annual events and programs. Harvest Fun Day event organizes fun activities like scarecrow making, pie eating, and live music. Secondly,  antique farming tools are also exhibited at this event. Another event called Holiday Open House displays the crafts of local artisans and takes place on the first Saturday of December. Lastly, some guest speakers deliver their lectures on history in a program called Museum After Hours. Moreover, Walk Tours during October are another way of learning about history.

Waterfront Renaissance Trail is a great place for outdoor activities such as running, jogging, or dog walking. It offers many attractions including an opening of the new Vancouver Landing at the Waterfront Park, Capt. George Vancouver Monument, Old Apple Tree, Marine Park, the IIchee Statue, and Wendy Rose Sculpture.

There are many restaurants, coffee shops, play areas, picnic tables, and beech for visitors to visit while walking around the trail.

Whether you are a resident or planning to move, Vancouver is simple and easy to live in. Here is a team of relocating professionals named PacWest Moving and Delivery to help you move and set up a new home.