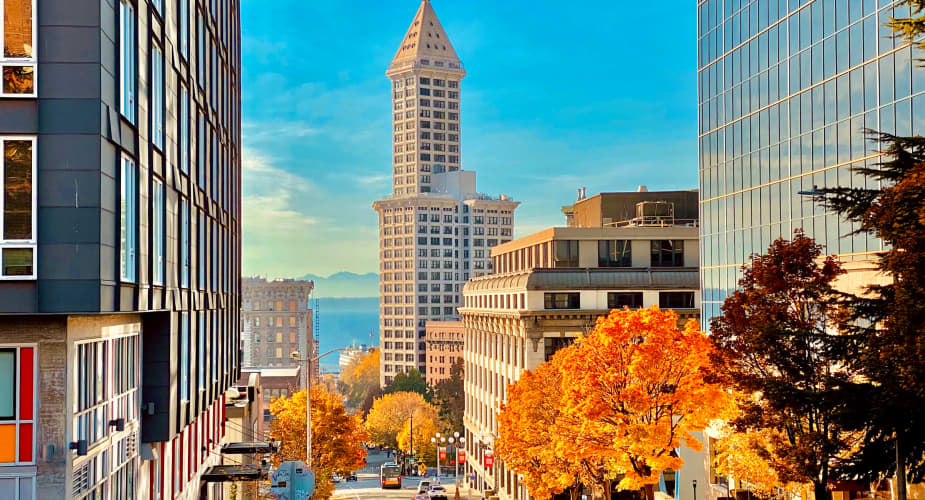 Seattle is known as a city on the Puget Sound and the largest city of Washington along with the Pacific Northwest region. Seattle is the 15th biggest metropolitan area in the United States with a population of 3.98 million people. It used to be called "Queen City," but its official moniker was changed to "Emerald City" in 1981 to reflect this region's beautiful evergreen woods. Seattle has a moniker "The City of Goodwill," a reference given just before it hosted the Goodwill Games in 1990.

This city is known for its live music venues, houseboats, and bike-to-work commuter culture. Festivals in Seattle tend to draw large audiences. The biggest one is Bumbershoot, a Labor Day weekend music and arts event rated by Rolling Stone magazine as one of the top five festivals in the United States. Seattle residents are fond of their coffee hence Starbucks calls it home.

There are several convincing reasons that people are considering relocating to Seattle. The world-class schools, dynamic job market, distinct culture, and limitless outdoor adventure options are only the tip of the iceberg in this Pacific Northwest treasure.

This article will tell you how much it costs to get a home in the city, where to find employment, and about the annual weather. You'll find out all the information you need about moving to Seattle including the cost of moving. Continue reading to find out what makes Emerald City so special.

Due to the rising demand for highly talented and well-educated individuals in Seattle's growing tech industry, incomes for top-tier jobs have surged. Microsoft and Amazon are the major employers of the Seattle tech economy. Boeing, Lewis-McChord, Joint Base, and the University of Washington round out the top five employers in the city. Though many of these businesses are more tech-oriented, there are also retailers, coffee shops (Starbucks), and service-based businesses that are constantly looking for talent. The top picks are listed below.

Amazon is a global technology American firm headquartered in Seattle that specializes in e-commerce, cloud computing, digital streaming, and artificial intelligence. It has been described as "one of the most powerful economic and cultural forces in the world," as well as the world's most valuable brand. Amazon has a net revenue of $386.06 billion.

Starbucks is a multinational coffeehouse and roastery reserve chain based in Seattle, Washington. The corporation had 33,833 outlets in 80 countries as of November 2021, 15,444 of which were in the United States. It is rated as the world's largest coffeehouse chain having net revenue of $928.3 million.

Microsoft is a multinational technology corporation that is best known for manufacturing computer software, personal computers, consumer electronics, and associated services. Microsoft's headquarters are situated in Redmond, Washington, which is part of the Seattle metropolitan region. The net revenue of the company was reported to be $168 billion.

The Boeing Company is a multinational American firm. It is recognized for designing, manufacturing, and selling aircraft. Telecommunications, Rotorcraft, satellites, equipment, missiles, and rockets are sent by them all over the world. In addition, the organization offers leasing and product support services. Boeing in Seattle is basically the merger of Boeing with McDonnell Douglas which came into being on August 1, 1997. Boeing's revenue was reported to be 62.29 billion US dollars.

Seattle is famous for being the rainiest city however, the truth is, Seattle encounters less rainfall per year than New York, Houston, or Atlanta. It is true that the winters are frequently cloudy and rainy but October- January are the wettest months.

Seattle has distinct daylight patterns than most other cities in the United States due to its latitude. In the winter, it becomes darker early, but in the summer, it stays brighter longer, sometimes not turning dark until after 10 p.m.

Seattle has a mild temperature, with summers that are one of the region's best-kept charms. They're mostly sunny, with low humidity and temperatures around 75 degrees. Temperatures can reach the 90s on rare occasions, while winter temperatures infrequently fall below the 30s. Heavy snowfall is so rare that it has been known to effectively shut down the city.

Living in Seattle is as costly as 94% more than the national average.  It means that Seattle is reported to be one of the most expensive cities in the United States. According to Zillow, the median house value in Seattle is $900,084. This number is seasonally adjusted and only covers houses in the medium price range. Over the last year, housing values in Seattle have increased by 12.1 percent.

Below are the median price lists of Seattle's real estate market in 2021.

Housing is the most expensive of the costs that individuals encounter when living in Seattle, especially if you rent a property. The median rent prices for various types of residences are listed below.

Cost of Moving To Seattle

If the career opportunities, summer weather, and state of the housing market have convinced you to move to Seattle, hiring a Seattle moving company may be in your future.

Moving locally (less than 50 miles one way) will cost less than moving from out of state. The prices shown below are an estimate of base costs (2 hrs) that you might expect to spend for local home moving services provided by a Seattle moving company.

However, it should be kept in mind that these are only estimates based on median pricing. The specifications of your relocation, such as how much you're moving and how far you're relocating, will have a direct impact on the amount you'll spend. If you are moving from another state, you will need to employ a long-distance moving company.

It is recommended to hire a moving company that is licensed by the Federal Motor Carrier Safety Administration to operate in your state of origin and destination. For moving truck insurance and cargo insurance, don’t forget to get a certificate of insurance in case your landlord asks for it.