A Guide For Moving To And Living In Springfield, Oregon

A Guide For Moving To And Living In Springfield, Oregon 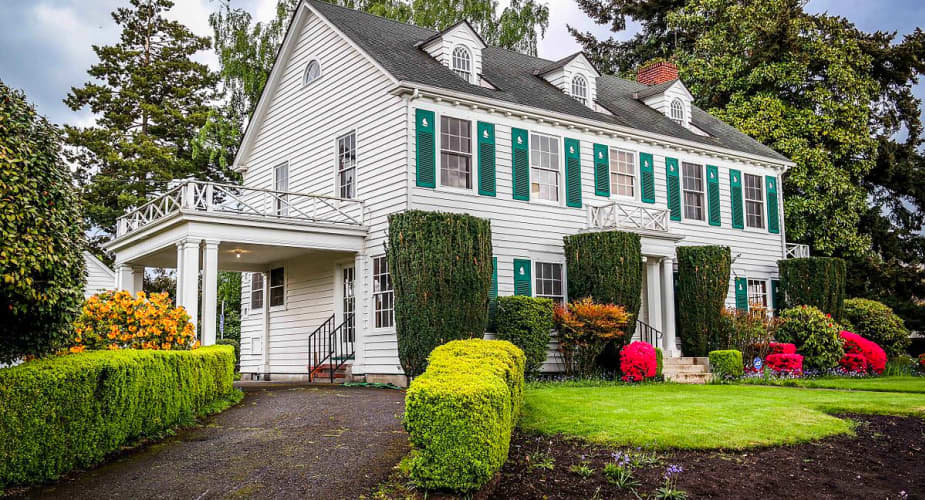 The well-known "Typical American village" Springfield portrayed in the Twentieth Century Fox Film Corporations' "The Simpsons", is a city located in the Willamette Valley's southernmost region.

Sitting just east of Eugene, Springfield is famous for being Eugene’s sister city. Turns out, Springfield and Eugene may have a conflicting claim to be the origin of Nike. Because the groundbreaking waffle sole was most likely invented in a Booth-Kelly timber mill workshop.

The city has a population of 62,077, making it the second-most populated city in the metropolitan region after Eugene. Springfield has witnessed an annual increase of 0.7% in the population.

The typical sale price for a property in Springfield throughout 2020 was $309,000, relative to $352,000 in Eugene. Although Springfield’s housing market is cheaper than Eugene's, the gap is narrowing. Moreover, cheaper real estate ultimately means a lower cost of living.

Springfield is the second-most populated city in the metropolitan region after Eugene.

Finally, what constitutes a great city to live in is subjective. Some individuals prefer a smaller city with a close-knit community, whilst others prefer a larger metropolis with more opportunities. What matters is that a city meets the needs and desires of its inhabitants.

Where is Springfield located?

It is part of the Eugene-Springfield Combined Statistical Area. Interstate 5 separates it from Eugene to the west. Since it is adjacent to both the mountains and the ocean, it provides the best of both worlds.

What County is Springfield In?

Springfield is situated in Lane County, which was named after Oregon's first territory governor, Joseph Lane. It is the fourth-most populous county in the state, with a population of 351,715 people.

Lane County's GDP has always been centered on timber and agriculture. Timber became significant since the county is on the outskirts of Oregon's greatest timber stand.

Who lives in Springfield?

Springfield provides homeowners with a rich suburban vibe. The city has a large number of families and a conservative population, 43.9% of which are married. The average family consists of 3.1 persons, comprising parents and children.

Many young individuals and people wishing to establish a family tend to live in Springfield. The city's median age is around 36 years old. Concerning diversity, Springfield comes 8783 on a national scale, which is higher than the national average.

What are things to do in Springfield?

Springfield is an excellent starting point for visiting the region's two wonderful rivers, the Willamette and McKenzie, as well as the lovely riverside parks and walkways that border their banks. Apart from that, If you plan to move to or even visit Springfield, there are plenty of fun things to do in the city.

We are certain that Springfield, Oregon is the true Simpsons' Springfield. Matt Groening declared as much when he signed a plaque "To the REAL Springfield."  you can explore the city with a self-guided Simpsons tour at the Springfield Museum and take a photo with a life-sized Marge, Lisa, Homer, Bart, and Maggie.

The Old City Artists constructed the 15-by-30-foot sculpture in 2014. Yeardley Smith, Lisa Simpson's voice, presided at the mural's dedication. The life-size Simpsons family rests on the wooden prop sofa used for the movie premiere inside the Emerald Art Center. There's just enough space left next to them for a great photo.

2. The Shoppes at Gateway

Springfield's finest retail area has just been refurbished. Hobby Lobby, Cabela's, Kohl's, Target, Ulta, Ross Dress for Less, Sears, and a children's play area are all present. Apart from that, Cinemark 17 is a movie theatre that displays new releases.

For dining, Firehouse Subs, Original Roadhouse Grill, Panera Bread, Applebee's, Noodles & Company, and Buffalo Wild Wings are all nearby. There is more than enough parking and it is totally accessible.

Clearwater Park in Springfield is based on the Willamette River and offers many recreational activities such as boating,  paddle sports, fishing, and swimming opportunities.

You can cycle, run or jog along the four-mile-long paved Middle Fork Path that parallels the river, fish from the banks or release a canoe, go kayaking, or SUP board from two boat ramps. The pond's sides are lined with sedges and rushes, and the pond maintains a healthy number of dragonflies and damselflies.

A steakhouse named George + Violet's is located in downtown Springfield. This restaurant tends to serve Grass-fed beef and local, organic food on its menu. Offered in a neighborhood steakhouse setting, with a full bar, craft drinks, and champagne. There's a bar menu plus drink specials, along with regular kitchen specials as well as vegetarian meals.

This small brewery, housed on Main Street in the center of Springfield's historic area, is open every day and offers 20 beers on tap as well as Northwest-inspired cuisine for lunch, dinner, or weekend brunch.

Springfield's event schedule is packed with family-friendly events such as outdoor concerts, outdoor movies, fishing contests, holiday celebrations, and continuous performing arts. The Springfield Christmas parade is a prominent yearly event. On the 4th of July, Springfield's Island Park is indeed the place to be to view fireworks.

Those considering coming to Springfield will find intriguing job prospects, a pleasant environment, and a wonderful culture in which to build a business or raise a family. Despite this, getting from one spot to another might be a challenging feat.

PacWest Moving & Delivery is a Portland-based moving firm that has transported hundreds of families to their new homes, including Springfield. A local relocation, hourly moving labor, packing or loading, and move-in and move-out cleaning are all part of our services.