A Guide for Moving to and Living in Newberg, Oregon

A Guide for Moving to and Living in Newberg, Oregon 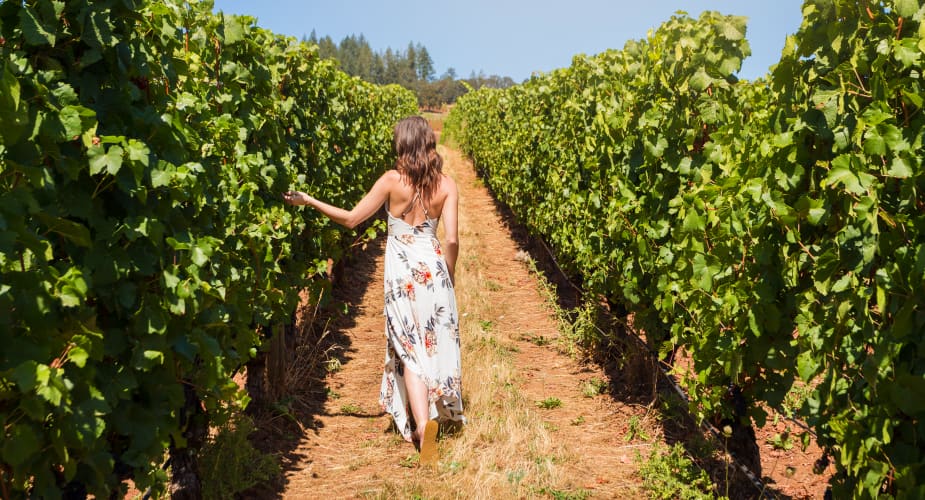 Located about an hour south of Portland, Newberg has emerged as one of the great small towns in Oregon’s Willamette Valley wine country. The Newberg community has been given the slogan "A Great Place to Grow."

The total population of Newberg is 23,886 people making it the 1,602nd biggest city in the country. Over the last five years, Newberg has witnessed the number of new immigrants increasing slowly but steadily.

Many of the greatest wineries and vineyards in the country can be found near Newberg, Oregon. Among them are Domaine Serene, Stoller, and Lady Hill. People from all over the world travel to Newberg just for the wine.

Newberg offers a suburban atmosphere, which can be appealing to families searching for more square feet for their money. The median price of a property in Newberg is around $389,206, which has jumped 5% in the previous year and is projected to rise another 5% this year.

Where is Newberg Located?

Newberg is a medium-sized city in the state of Oregon and is located approximately 25 miles southwest of Portland. This lovely sanctuary is actually a suburban community in the Portland metropolitan region.

What County is Newberg In?

Newberg is located in the county of Yamhill. The county has a population of 107,000 and is Oregon's tenth largest county.

The name Yamhill is believed to have been given by an explorer to a local Native American tribe who are members of the North Kalapuyan family.

A post shared by Bounty of Yamhill County (@bountyofyamhillcounty)

Agriculture accounts for 35% of all employment in Yamhill County while public schools collectively are the county's major employer.

Who lives in Newberg?

With a population of more than 23,000, Newberg has the "small town" feel of past times when it was never difficult to meet the neighbors.

Newberg is a youthful city with an average age of only 32 years, which is less than the national average. A quarter of them seem to be under the age of 18, and one-third are above the age of 45.

Moreover, half of the population is married, and more than one-third of families that have children have settled down. A normal family consists of 3.2 individuals, including children and parents.

Fun Things to Do in Newberg, Oregon

Newberg has many things to do. Here are a few options you may want to consider indulging in.

More and more people visit Newberg just for the sake of the wine, believed by some to be among the best in the world. Within a 10-mile radius, more than 100 wineries can be found, ranging from Oregon Pinot Noir pioneers to seven downtown tasting rooms that are all within walking distance of one another.

Some of the famous wine tasting places include REX Hill and Adelsheim Vineyard. Since 1982, Rex Hill has been producing award-winning wines. Rex Hill was nominated "Winery of the Year" four times by "Wine and Spirits." The grapes grown on Rex Hill's 17 acres are virtually entirely pinot noir.

Adelsheim Vineyard is one of Willamette Valley's oldest wineries. Their grapes are hand-picked at harvest and delicately pressed to make some genuinely unique whites, including a trio of chardonnays, a pinot gris, and a pinot blanc.

Herbert Hoover Park, with its wide space, beautiful grass, plus an 18-hole disc golf course, is one of the top things to do in Newberg. It's a lovely spot for a picnic beside Hess Creek or a peaceful walk around the trees in Newberg. The park was founded in 1965, soon after it was designated a National Historic Landmark.

Golfers considering relocating to Newberg will be pleased to learn about the excellent courses at the nearby Chehalem Glenn Golf Course. If you want to learn how to play golf, their on-site teacher Kellan Sasken will gladly teach you a bunch of stuff.

If you are looking for a venue to organize a spring, summer, or fall event (It doesn't have to be about golf), Chehalem Glenn is the best option. The pavilion is easily commutable and is located in a beautiful location.

If you are looking for some of the tasty cuisines in Newberg, J's Family Restaurant & Lounge serves up delectable breakfast dishes such as french toast, pancakes, eggs, and more. You can indeed stop for lunch or dinner menus that include sandwiches, fried chicken, and burgers, followed by a delectable pie or cake for dessert. It is known as one of Newberg's most popular restaurants.

If you are in the mood for some Mexican food you might want to pay a visit to Ixtapa Restaurant, which has a beautiful location. Their classic menu includes meals such as quesadillas, Nachos Idaho, their famed Fajita Wrap Burrito, and chimichangas, and it ranks high on the list of delicious Newberg restaurants. The best part is the access to a complete bar with a variety of cool, tasty drinks.

Those thinking about relocating to Newberg will discover exciting employment opportunities, a calm climate, and a superb culture in which to start a business or raise a family. Despite all that, moving from one point to your destination can be a handful of a task.

We, PacWest Moving & Delivery, are a Portland-based moving company that has successfully relocated hundreds of families to their destinations including Newberg. Our services include local relocation, hourly moving labor, packing or loading, and move-in and out cleaning.

Customers from all across the Portland Metro region can count on us. With our customer-centered attitude, you can rest assured that your valuable household items are in excellent hands.