A Moving Guide to the Largest Cities in California

A Moving Guide to the Largest Cities in California 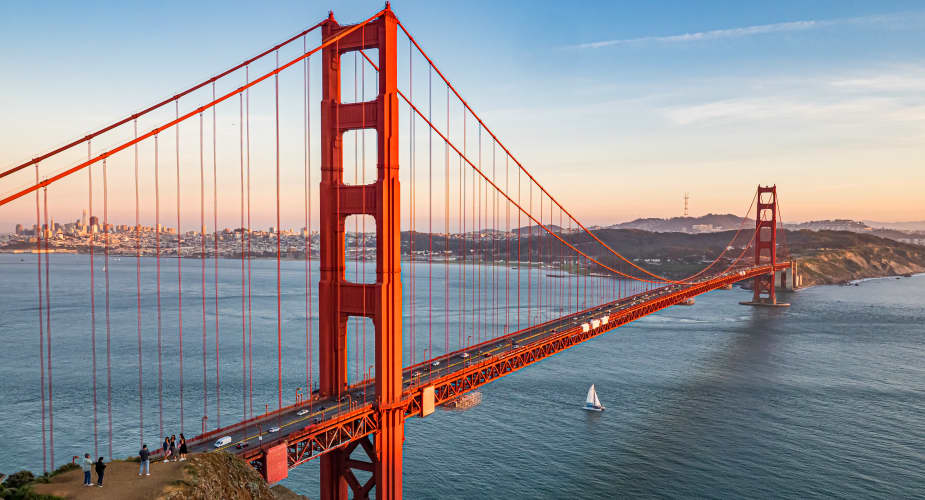 The state is also home to many of the world's most powerful corporations, notably Apple, Alphabet, Netflix, Salesforce, as well as Wells Fargo.

California is also quite diversified, with a large number of multilingual speakers. Non-English languages spoken by 44 percent of Californians include Spanish, Chinese, and Tagalog.

The Golden State is home to several of America's largest and most influential cities, ranging from the hot lights of Los Angeles to the beautiful coastlines of San Diego. If you're heading to California for a job or simply to spend more time outside, these are the top spots to live in the United States Far West to add to your itinerary.

What to Know About California?

The cultures and weather of Southern California and Northern California are all distinct. What you may imagine in San Francisco and what you can anticipate in San Diego are vastly different. Residents of both communities like slamming each other. If you're relocating to California, you'll need to make a decision. There is always a little bit of tension between the two parts, be it college athletics teams, professional teams, entertainment, nightlife, or just about everything else you can think of.

The state has the world's fifth-largest GDP and the most diverse labor market. Technology, entertainment and media, travel and hospitality, schooling, farming, and health are among the represented industries.

The jobs available in California's cities are the most competitive. Nevertheless, there are still many job opportunities in more metropolitan and small-town locations.

Since 1970, California has been facing a housing crisis and is a major source of apprehension in most of California. Housing in certain places seems to be out of budget for even upper-middle-class residents, and municipal zoning regulations keep the supply of housing low.

The government's land-use laws have increased the production costs and restricted the housing supply. As a consequence, homes in California are 2.5 times more expensive than the national median. The average home price in California throughout April was $813,890. The place you choose to reside in impacts whether house costs are high or cheap.

Some parts of the state have yet to recuperate from the Great Recession, with many people still doomed under their mortgages. If you're fortunate enough to own a home in California that you adore and can finance, you're doing quite well.

California is blanketed with over 1,200 wineries and produces the most wine in the United States. Turns out, the state’s wine industry is so enormous that it manages to make 30% more breweries than the entire country of Australia can produce. As a result, California ranks fourth in the globe for being one of the major wine-producing locations.

The California metro region, shaped and modified by its communities, has been the hub of the glamorous lifestyle, the centerpiece of the LGBT rights campaign, and the starting point of the technological revolution.

This busy and well-liked city is regarded as among the top places in America for job hunters. It has been one of the country's most renowned and tourist-friendly cities. San Francisco's various attractions ranging from the Golden Gate Bridge, and Alcatraz Island to Fisherman's Wharf and Lombard Street tend to attract millions of visitors and tourists annually.

A housing shortage has made it very hard for the San Francisco metropolitan region to sustain its population, ramping up home prices and rental rates therefore dramatically raising the cost of living.

This historic metropolis often nicknamed the "City of Angels" as well as "La La Land," is a place of residence for a very diversified population. It is also the 2nd largest city in America, comprising five counties. Los Angeles receives top rankings from AreaVibes for its nice weather and wonderful amenities.

Los Angeles is the world's Hollywood capital. It has hosted Hollywood productions along with some of history's most notorious films. This is why you should not miss a trip to the Warner Bros Studios when in Los Angeles.

Although the cosmopolitan metropolis is also home to many gorgeous beaches, hiking trails, as well as recreational sports, Los Angeles is a hub of job possibilities, notably in the technology sector.

Sacramento is one of the best places to live that is actually inexpensive by California norms, trying to make the state capital substantially more budget-friendly than most of the state's surrounding major cities.

Spending less does not imply receiving less enjoyment from everything that California has to offer. The city is a genuine foodie's dream, with farm-to-fork eateries including local farmers' markets, as well as several vineyards and breweries. It also serves as a home for a couple of University of California campuses.

Young professionals and families have been drawn to the ample sunlight and cultural variety, resulting in a population surge in recent decades. Economic progress creates exciting prospects for both natives and visitors.

The picture-perfect metropolis is among the nicest places in America to live. With so many work options, so much culture, and so many activities to see and do, it's no surprise that San Diegans are so content.

The variety of fun activities is characteristic of a major metropolitan city, yet the patchwork of local communities generates strong community bonds. Residents congregate at events as well as farmers' markets, catch up with friends on beaches and parks, and run into friends and colleagues at local pubs and restaurants on a regular basis.

The government is one of the city's largest employers, with a huge naval facility, while General Dynamics, Kaiser Permanente, and SeaWorld all seem to have opportunities that meet the needs here, so immigrants, even returning residents have a variety of professional possibilities. The city's nightlife is excellent, with several cafes and nightclubs in the central Gaslamp area, and the beach certainly screams your name throughout the day.

San Jose, nicknamed the "Heart of Silicon Valley," is home to a wide range of well-known tech firms and work possibilities. Despite the city's rising cost of living, locals will convince you that the superb quality of life, strong job market, and top-rated school systems make it quite well worth the high cost of living.

San Jose's closeness to major Silicon Valley tech giants, such as Google in Mountain View and Apple in Cupertino, solidifies the city's status as a tech hub. However, offbeat attractions such as the 160-room, a 120-acre flea market filled with ponies, maze-like Winchester Mystery House, and even a larger-than-life Monopoly board help the metro region preserve its identity.

San Jose was ranked the 14th greatest location to live in the United States by U.S. News & World Report in 2019. San Jose also receives good grades from AreaVibes for its sunny weather as well as its wealth of attractions.

Are you considering moving to California?

If you intend to relocate to California, you should carefully consider hiring expert home movers. Professionals can ensure that your belongings arrive at your new home in one piece and that the entire process runs well. This will assist to alleviate the tension of the moving process and allow you to relax.