The Most Historic Churches in Portland, Oregon

The Most Historic Churches in Portland, Oregon 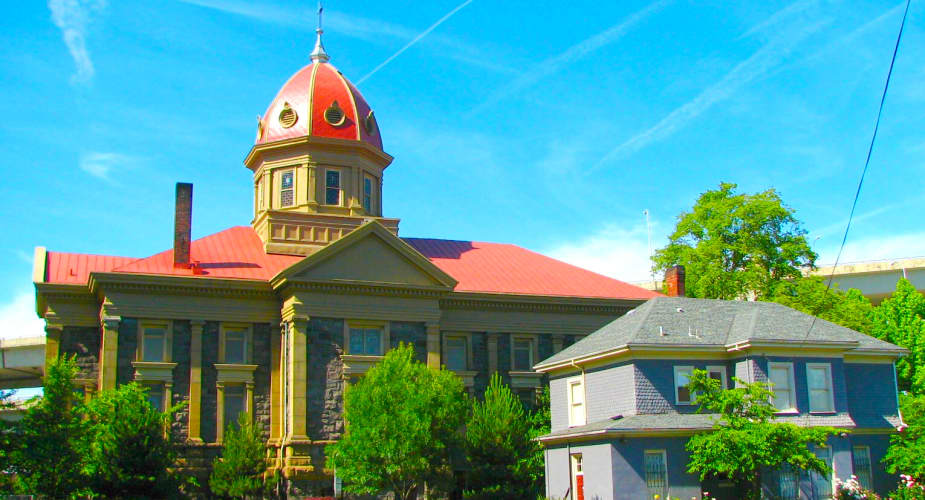 Portland is a city in Oregon that has a lot to offer when it comes to religious establishments. Along with beautiful architecture, these establishments also have historical significance. Since 1843, Portland has encountered major historical events through its churches such as the Archdiocese of Portland is the second oldest in the country, preceded by the Archdiocese of Baltimore.

At present, there are over 500 churches in Portland. Most of them also provide certain services in addition to regular religious events.

If you are a Christian and have just moved to Portland, you might be looking for churches where you can practice spirituality. Here are some of the historic churches in Portland which can be a perfect fit for you and your family.

Since its establishment, St. Mary’s Cathedral has catered to over 400,000 Catholics of the Portland Archdiocese and is one of the most historic churches in Portland. It serves as a parish church and a place to hold ceremonies at the same time.

It was first built as a modest church in 1851 and was relocated three years later to its present location. Archbishop Norbert Blanchet turned it into a cathedral church in 1862 and finally opened it in 1926.

The ancient church is built in a Romanesque Revival style with a red-tiled roof above and stone Corinthian columns underneath. Against its north walls, the center of attraction is marble statues of Mother Mary and the Sacred Heart - both of which were carved by the Swiss. On its narthex doors, you will see symbols of seven sacraments engraved in the glass. Apart from that, there are three bells outside the church that were installed during the late 1880s and have been a point of attraction since.

The confessions take place on Mondays and Saturdays from 4 pm to 5:15 pm. Masses are held thrice on Sundays, twice on Tuesdays, and once every other day. The adoration takes place on Thursday from 8 am to 6 pm.

St. Patrick Catholic Church is the oldest catholic church in Portland and has been a historically significant structure for the people living in Portland. Its foundation was laid in 1889 near the Fremont Bridge, at the corner of Northwest Raleigh Street and 19th Avenue in northwest Portland.

This church is also a parish of the Archdiocese of Portland. It is the last church in Portland that was designed by a renowned local architect Otto Kleemann. It has the Second Renaissance Revival architecture built with Clackamas County basalt.

There is a red hipped dome and its 35-feet long beige spire on top that tends to draw the attention of visitors. Apart from that, the glass windows portray beautiful paintings reminiscent of the Renaissance era. Its interior was completed in 1914 after collecting commissioned pictures and other decorative elements from renowned Irish artists.

The cruciform-shaped monument took place on Saint Patrick’s Day. It became popular with incoming immigrants from European countries like Croatia, Slovenia, and Slovakia. Such diversity has continued to the present day.

The church dedicates separate masses in Spanish every weekday and Sunday to support the Latin community. These take place at 8 AM on Sunday and at 9 AM on other days of the week. Regular English masses are held at 6 PM from Tuesday to Friday, and at 10 AM on Sunday.

Confession and Adoration take place between 6:30 PM and 7:30 PM on Wednesday.

b. Location: corner of SW Park and Jefferson streets

Located in downtown Portland, the St. James Lutheran Church was founded in 1889 as the first English-speaking community in Oregon. After holding its first congregation the following year, its members started funding the wood frame chapel at its current location. Gradually the beautiful structure having the Late Gothic Revival style of architecture came into being.

One of the primary reasons behind its ancient appeal is keeping many of its original fixtures in use from the early 20th century including the oak pews and the baptismal font. With growing memberships during this period, the church introduced newer technologies.

This church was added to the National Register of Historic Places (NRHP) in 1975. Since then, St. James Lutheran Church has contributed to solving social issues by creating the first daycare in downtown Portland, Foot Care Ministry for the homeless, and a low-income housing tower.

The service timings are on every Sunday at 9:30 AM. Besides, it often arranges musical performances like the Jazz Vespers series of vocals and percussions

b. Location: 12th and Alder

First Presbyterian Church is another church in downtown Portland at Southwest Alder Street with gothic architecture. Since it was founded in 1890, the church has been admired for its victorian design and is considered one of the finest structures of this style across the entire state.

While entering the church, you will see stained glass windows placed on the sanctuary wall, on the main auditorium’s roof, and above the entrance door in the north. They feature white doves, floral motifs, and biblical fruits.

The exterior is built with rusticated black basalt and beige sandstone. This contrast adds to its gothic beauty. There is a bronze bell weighing over a thousand pounds. It was made from the Civil War cannons in New York and was rung in 1865 to declare that the war had ended.

People join their worship service in person or online every Sunday at 10:30 AM. Along with reflecting on the Scripture and producing inspiring music, it also offers faith development opportunities, service opportunities, and fellowship groups for all age groups.

The Holy Redeemer Catholic Church is located at the corner of North Williams Avenue and North Rosa Parks Way. Built in a Romanesque gothic design, it looks like a castle from afar. Archbishop Alexander Christie founded it in 1906  and in the same year, the first Mass of its parish was held in the Keller Sanitarium.

The stained glass windows of the sanctuary and the choir loft represent their motto - “With the Lord, there is mercy and fullness of redemption.” In addition to worship, the church also has community activities like an adventure club, traveling crib, family campout, and altar society.

Masses take place at 8 AM on Saturdays, 8 or 10 AM on Sundays, and 7:15 AM on all other days of the week.  All in all, it is one of the most active and diverse Catholic churches in Portland.

The stained glass windows of the sanctuary and the choir loft represent their motto - “With the Lord, there is mercy and fullness of redemption.”

The First Congregational United Church of Christ was designed in an eccentric Venetian Gothic style by the Swiss-American architect Henry J. Hefty. To this day, it is still one of the few buildings constructed in this style across the nation. It was originally established in 1851, a decade before Oregon became a state.

In 1975, the National Register of Historic Places added it as the first congregational building on its list. This church has been the place of multiple historical records including publishing the first anti-slavery pamphlet, having the first woman to serve as a pastor, and hosting the Women’s Suffrage Convention in 1905.

With such leaps into the modern world, the First Congregational United Church of Christ proves itself as a progressive church community.

People can join their worships on Sundays through Zoom, YouTube, or Facebook or visit the sanctuary at 10:30 AM every second Sunday of the month.

The First Baptist Church is one of the few churches in the country that serves the Cambodian community. Along with regular English worships held every week, it also offers worships in the official Cambodian language named Khmer. For such diversity, the African-American community has treated it as the center of community-building for decades.

Built in a Romanesque Revival architectural style, it looks like a castle to every first-time visitor. The elegant contrast between the shades of sandstone and a dark stone look magnificent. At its main entrance, there are large round columns built from highly polished granite. Most of the stained glass fixtures here are locally produced. However, a couple of them in the sanctuary are imported from England.

The morning prayer service in the Rose Chapel takes place at 8:45 AM every Sunday. It is followed by a bible study at 10 AM and bi-lingual worships at two venues in the next hour.

In addition to these, the First Baptist Church also serves 200-300 meals twice a week to its neighbors, organizes Life Groups for all kinds of parishioners, and arranges concerts. It also has international ministries around the globe to serve Asian, African, and European communities.

The Grace Church is another stunning church that resembles an ancient castle. In contrast to the typical churches of its era, this one is built in a squat fortress shape. Besides, there is a mysterious lone owl placed high on its stone tower design.

When it was first built, its original name was the First German Evangelical and Reformed Church and was registered in the National Register of Historic Places. It is currently named Grace Church or Grace Bible Church and is located on the corner of Southwest 12th.

Since it is non-denominational, anyone from any Christian denomination can attend this church and benefit from its services. So, along with being one of the most beautiful churches in Portland, it also caters to a diverse community of open-minded people.

How to Pick the Best Church for You

Christianity consists of several denominations and numerous sub-denominations. If you are certain about which of them you belong to, you are already one step closer to picking your church. If you are not sure of your denomination, non-denominational churches are also available.

2. Distance from Your Home

Those who want to participate in Sunday or weekend services every week will need to pick a church closer to their home. Most of the historic churches in this city are built in Downtown Portland.

3. Types of Services and Programs

Protestant and non-denominational churches organize more informal or relaxed services. On the other hand, Catholic and Lutheran churches are known to hold more formal worship services. So you can choose the church accordingly.

After moving to Portland, finding the best church with a history to cherish will definitely level up your experience in the new place. However, if you are still planning to move to Portland, PacWest Moving and Delivery are professional movers who have helped numerous families have a smooth move.