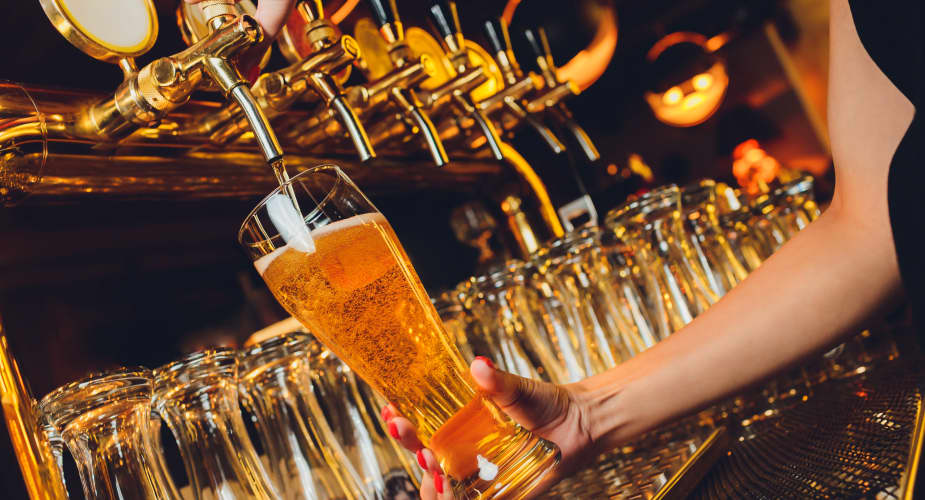 Portland, Oregon is home to breweries galore and some of the finest beer on Earth. It has over 75 breweries to serve those who love drinking beer and trying out new flavors. Some of them come with a rich history of producing specific beers for decades, while some prefer to keep things interesting by constantly creating new flavors.

If you are new to Portland, here are five of the best breweries you must visit.

Since its first branch in Northeast Portland opened in 2010, Breakside Brewery has won many awards for its creations. It serves both as a pub and a restaurant. Breakside is one of the few employee-owned breweries in the entire USA.

They have a total of eight branches in Oregon, including four in Portland. Currently, its regional brewery in Portland produces around 30,000 barrels of different beers every year and its taproom in Milwaukie can produce 40,000 barrels per year. Along with selling beer across the country, it also ships to other nations like Canada and Japan.

Some of its award-winning beers are Breakside IPA, Wanderlust IPA, What Rough Beast, Rainbows & Unicorns, Stay West, Breakside Pilsner, and True Gold. It also earned the title of Brewery of the Year at the Oregon Beer Awards in 2015, 2017, and then every year from 2019 to 2022.

Breakside is one of the few employee-owned breweries in the entire USA.

John Harris is a local veteran of craft brewing who has been in this industry for over three decades. After gaining years of experience working at different renowned Portland breweries, he launched Ecliptic Brewing in 2013.

A few years later, he opened its second branch in Southeast Portland called Moon Room. This location comes with its very own food truck, a 21+ bar with 30 taps, and a full production facility focused on lagers to satisfy all kinds of cravings you may have.

They launch several beers every year which include both old favorites and modern renditions based on their customers’ feedback. Besides, they also bring some experimental flavors to give your taste buds something new. Some of their flagship beers are Phaser IPA, Starburst IPA, Capella Porter, and Carina Peach Sour Ale. Every year, their seasonal series is refreshed four times. Additionally, they have special releases, draft-only beers, and the Cosmic Collaboration series where they join forces with Wayfinder Brewery.

These beers are also available in other states like Washington, Colorado, North Carolina, and Idaho. Some are available in Canada and Japan as well.

Brewmaster Ron Gansberg and Art Larrance launched Cascade Brewing in 1998 with their combined experience of four decades. Based on their design, a 10-barrel brewing system was installed here. Unlike most Portland breweries which mostly rely on IPAs, this brewery specializes in sour beers.

Although they began their journey with traditional ales, they shifted to sour brewing in 2005 for providing an intense sensory experience to their customers. The abundance of fresh local fruits and wine barrels in the area motivated them to continue on this path. This is why Cascade Brewing earned the name House of Sour.

By 2008, this brewery located in Southwest Portland developed three ultra-premium Northwest sour ales - Apricot, Kriek, and Cuvee du Jongleur. Now it has over 1,600 barrels of sour beer and nine foudres with a capacity of 1,800 gallons.

You can try any flavor from its catalog which has over 20 varieties of sour beer. Some of its popular picks are Sang Rosé, Vernal Equinox, La Rita Loca, Blue Verbena, Citrus Noyaux, Cash Nelson, and Staying Hoptimistic.

Three friends from Portland named Paul Reiter, Andy Miller, and James Dugan launched the Great Notion Brewing or GNB in late 2015. Over the years, it has won many accolades from renowned names like the Oregon Beer Awards, Best of Craft Beer Awards, and World Beer Cup.

It has earned recognition for creating innovative sours, stouts, and hazy fruity IPAs because of its experimentation and unique beers. It was one of the earliest Portland breweries to make New England IPAs in the style of Vermont breweries. Now there are five taprooms of Great Notion Breweries in the Pacific Northwest area including three in Portland and two in Seattle.

The most popular beers of Great Notion include JB DIPA, Candy IPA, Double Stack, and Boo Berry Muffin. Their Double Stack won gold at the World Beer Cup and silver at the Great American Beer Festival in 2018. Besides, its American sour ales aged in oak barrels have also gained popularity among beer-lovers. They are often blended with local fruits like strawberries, blueberries, cherries, and pinot noir grapes.

With a focus on lagers, Wayfinder is another award-winning brewery in Portland. Its aesthetic interior, consisting of dark wood and brick, will cheer up your mood instantly. Besides, it has a large wood patio outside with heated seating so that large groups of friends can sit around comfortably.

It was opened in late 2016 by lager lovers who installed a dedicated decoction vessel to achieve more interesting blends of malt. Since then, this highly acclaimed subterranean brewery has been mixing science and tradition to create its beers. Combining age-old brewing tactics, American craft, and German precision, they produce unique lagers for both old and new beer lovers.

They have won many accolades over the years including Best Brewery, Best Brewer, and Best Brewpub Experience. Known for serving classic German and Czech beers, they have award-winning varieties like Terrifico and Hell Lagerbier. The latter was titled Oregon Beer of the Year in 2019. You can taste any of them with friends on its sprawling wood patio outside.

Along with the five Portland breweries mentioned above, there are many more spots here for you to grab a drink. This city has been producing beers since the 1860s and shows no sign of slowing down anytime soon. So you can try everything - from Belgian to British, ales to lagers, sweet to sour - after moving to this part of the state.