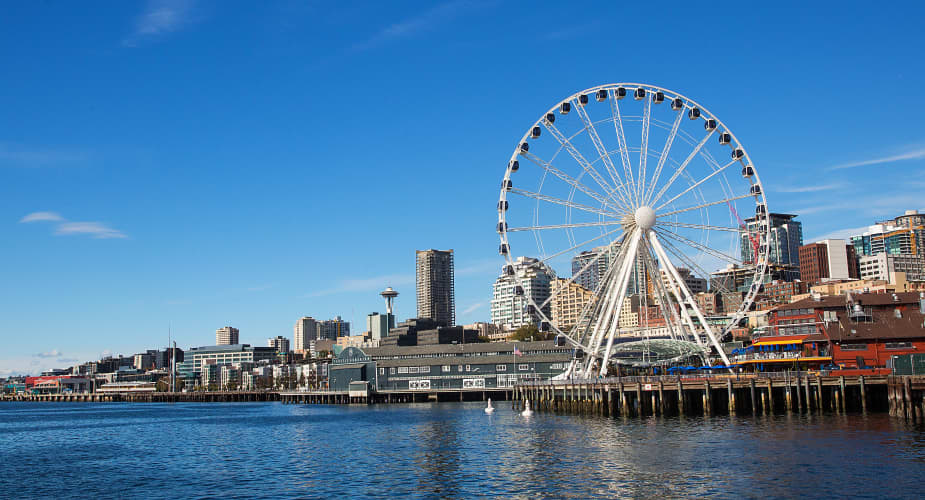 Seattle, a metropolis in the Pacific Northwest on Puget Sound, is surrounded by water, mountains, and evergreen woods, with thousands of acres of parkland. This city is home to a sizable-tech industry having Amazon and Microsoft based in its metropolitan region. It is the largest city in Washington state.

Seattle is regarded as one of the most holistic and culturally prominent cities where coffee shops host intellectual discussions and nightlife consists of sitting with a beverage at the bar rather than drunken nights on the dance floor. Despite having a reputation as one of the most intriguing and rapidly developing cities in the country, many people still overlook its significance.

The perk of Seattle’s development is that there are many neighborhoods to opt from, but because it is still smaller than other large cities, you will not be overwhelmed. While the Pike Place Market and Seattle's most popular tourist sites along the city's downtown waterfront, many of the city's best-kept secrets are hidden in neighborhoods.

This article has attempted to narrow down some neighborhoods considering the big picture: public transportation facilities, houses, entertainment, and the mindset of the neighborhood — find a common ground between what's most essential to you and what you can afford.

Queen Anne is a neighborhood in Seattle that is situated north of Downtown. If you can afford a home in this neighborhood, you'll get to enjoy magnificent views of downtown Seattle, the Olympic Mountains, Puget Sound, or the Cascade Mountains, based on the side you're on.

This is more of a residential area, however, Galer Street does feature some basic retail and eateries options, including antique stores, cafés, and restaurants. It is also home to the Space Needle.

Upper Queen Anne has several mansions from the 1800s. There are century-old apartments as well as city vistas. It allows the renters to feel at home in both new and ancient residential buildings. Lower Queen Anne is a good alternative for young professionals and families with more trendy homes.

Fremont is a renowned Seattle neighborhood with a varied and welcoming atmosphere. North Fremont is an attractive residential area with single-family houses, and new apartment buildings have sprung up in the region.

The area is specifically known for well-reputed public schools which makes it an excellent choice for families. Renters can also reside in Fremont without owning a car, owing to the availability of public bus routes that run from Downtown or the North End. This neighborhood is also home to Adobe Systems, Google, and Getty Images.

Fremont has a nonconformist feel with independent stores, hip clubs, and strange outdoor sculptures, including the iconic massive Fremont Troll. You can visit Theo Chocolate for fair-trade delights, or simply rest in the sun in Fremont Canal Park. Enjoy the nightlife by attending shows at Nectar Lounge or Substation.

As the area's website states, there is always something going on in Fremont, with activities and attractions for people from all walks of life. Summer Solstice Parade, Oktoberfest, outdoor cinemas, and the First Friday Artwalk, there is something for everyone.

There's also the Fremont Sunday Street Market, as well as tours of a chocolate factory, distilleries, and brewery all in the same neighborhood. You can get lunch at Paseos, a freshly baked pie at Pie, or a delicious margarita at El Camino.

Capitol Hill is home to the famous Parliament Building and is a great attraction for members of the Senate, House of Representatives, and other political professionals. Capitol Hill has been included on the National Register of Historic Places. This neighborhood is surrounded by East End, Lincoln Park, Washington Navy Yard, Capitol Riverfront, and H Street Corridor.

One of the advantages of living on Capitol Hill is access to the redbrick Eastern Market. It is an excellent spot to do your groceries because Barracks Row is bordered by a diverse selection of butchers, fishermen, florists, grocers, and bakers. Aside from the permanent vendors, Eastern Market also has a large farmer's market, a flea market, and booths by local artists.

This varied area draws people from all over the world, and it has a lively Capitol Hill community spirit. Capitol Hill features over 50 tiny parks, providing inhabitants with lots of places to unwind while grabbing a coffee or a bite to eat.

Ballard is situated northwest of downtown in a lovely environment surrounded by water on two ends. To the west are the beautiful Puget Sound (Salish Sea) as well as the Olympic Mountains, while to the south is Salmon Bay. At this point, the fresh waters of Lake Washington enter the saltwater at the Ballard Locks.

Ballard Seattle has a wonderful mix of low-density, leafy streets, high-density apartments, a lively Old Town hub, and great outdoor places to get away to. Depending on your preferences, you may have calm isolation or vibrant culture all within easy reach.

Ballard Seattle has a beautiful mix of low-density, high-density apartments, a lively Old Town hub, and great outdoor places to get away to.

Ballard seems entirely self-contained, with most of what you need without getting in your car. No doubt it's convenient to have downtown Seattle only 15 minutes away, but the urge to visit isn't as great when you reside here. Ballard presently has over ten craft beer breweries and is a must-see for beer lovers and an excellent area to wander amongst many restaurants.

This is Seattle's birthplace, and the red-brick area of ancient buildings, art galleries, vintage stores, and trendy bars is indeed a modern metropolitan juncture. Tourists may take a guided Underground Tour in Pioneer Square and learn about the city's history at The Klondike Gold Rush National Historical Park.

While largely Chinese, there is a significant Vietnamese element and a few remains of the city's Japantown, which has never regained its pre-WWII vitality after its people were imprisoned in detention camps during the war.

For more than 30 years, Pioneer Square hosts a massive art walk on the first Thursday of every month. Tat's Delicatessen is well-known for its northwestern-style cheesesteak sandwich. Central Saloon is the best place for going out late at night. This is by far Seattle's oldest bar, having opened in 1892. People walk south on 1st Avenue South to reach the sprawling SoDo.

Guide to the Neighborhoods of Seattle

Refer to this guide to get started studying Seattle's neighborhoods. These places have the following advantages:

If you're thinking about relocating to South Seattle, Southeast Seattle, or East Seattle, don't hesitate to contact a Seattle moving company. They will be knowledgeable about the region and would gladly assist you with your relocation.