5 Must Visit Breweries in Seattle, Washington

5 Must Visit Breweries in Seattle, Washington 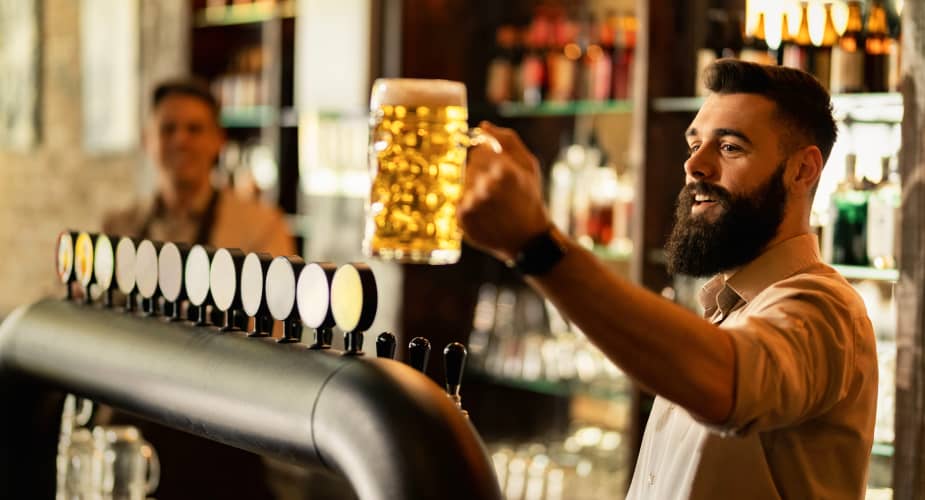 The Emerald City of Seattle has something for almost everyone. Apart from many other attractions, Seattle is famous as a beer destination. The beer history of Seattle goes back to 1854 with the establishment of Washington Brewery. It expanded to four breweries by 1886, and the number has increased since then.

Established in 2012, Rooftop Brewing is a craft brewery based in Seattle. The Brewery became operational for the public in 2013. Initially, a group of friends started with an innovative idea of a Nano Brewery, meaning two kegs per brew. At that time, an old garage was a tasting room.

Now Rooftop Brewing Co. is famous not only for its ingredients but also for its community and welcoming venue. People come to enjoy brews in the tasting room, host an event in the event space, or take a beer to go. The Rooftop Brewing is located near the Ship Canal Bike Trail, so visitors can also bike on the trail to make the trip more enjoyable.

A welcoming Rooftop Brewing hosts its community along with kids and dogs following the company rules. Apart from the beer, they also have food trucks to offer food. People can get in with their food, whereas outside beverages are not allowed.

Adam (award-winner home brewer) and his wife Grace introduced Reuben's Brewery with a tasting room in 2012 in Ballard. They named it after their son Reuben. In 2013, Reuben’s first milestone was the bottled production of Roggenbier, American Rye, and Imperial Rye IPA.

Later in 2015, the owners opened a Taproom attributing a brewery and named it The Brewtap. The old tasting room was closed for the community, which now acts as a pilot brewery. Reuben’s Brews also has a Production Brewery for canned and bottled beer.

The Brewery has won hundreds of awards. The timeline of Reuben's Brews exhibits the achievements of the family-owned Brewery. The first canned beer won GABF in the very first year introduced in the market. Crikey IPA was declared the Best North American Beer in the Brussels Beer Challenge.

Stoup Brewing opened its doors in 2013 and was introduced by Brad Benson, Lara Zahaba, and Robyn Schumacher. In the beginning, the award-winning Stoup started its Brewery and Taproom in Ballard. Afterward, Stoup set up a Taproom and restaurant in Kenmore.

Stoup Brewing features the characteristics of art, science, and crafting beer. The exciting fact about Stoup is the Stoup Brew Club, where members enjoy the new creations and beers in rotation. Members learn about the mindful curation of Stoup flavors.

The Fremont logo of the Great Blue Heron reflects the values and culture of the Brewery. Now, this grown-up Brewery has two brew points named Fremont West and Fremont East and a beautiful tasting room called Urban Beer Garden.

Founded in 2015, the Ghost Brewing Company is the venture of three friends. Ghostfish is a microbrewery with a bold decision to craft gluten-free beer only without compromising the spice and excellence. Ghostfish produces beers with zero gluten ingredients.

Seattle is house to many breweries. Beer lovers visiting here are incomplete without tasting the flavors of Seattle brews.