5 Must Visit Breweries in Eugene, Oregon

5 Must Visit Breweries in Eugene, Oregon 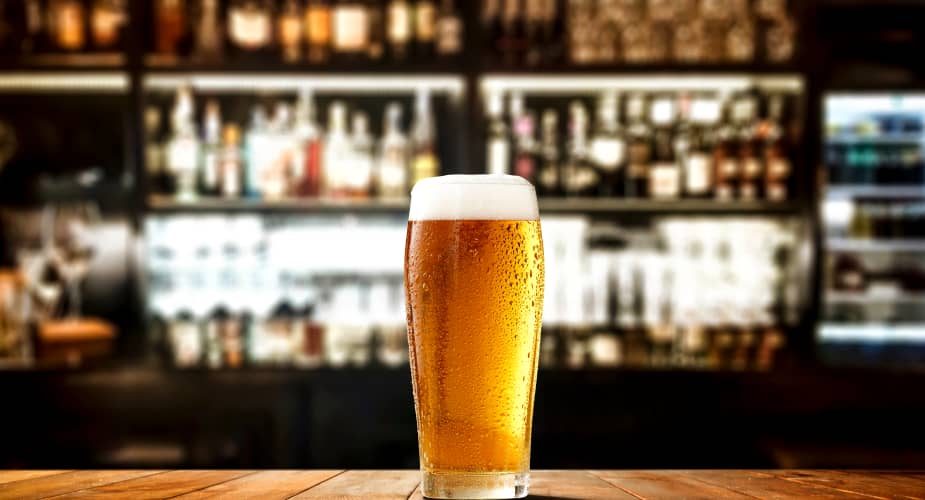 People often want to know the best brewery when they are new to any city. This article aims to highlight the top 5 breweries in Eugene.

Established in 1991 by Cordy Jensen, Steelhead Brewery restaurant and micro brewery is the pioneer brewery in Eugene, Oregon. Steelhead Brewing Company started this combination of brewery and restaurant to offer fresh craft beers brewed at the location.

Steelhead brewery restaurant offers delicious food with a variety of award-winning beers. They offer a wide variety, from flagship brands to seasonal crafts, from dark beers to root beer.

Apart from the restaurant, Steelhead brewery has a bar and a private party room to enjoy a party with friends and family. This room accommodates private parties of 25 persons or more and Three TV screens have also been installed in the room.

The brewery is honored with many awards. Out of many, some award-winning beers are Titanium Wheat (1995), Guavalicious IPA (2012), Break Action Porter (2017)

Ninkasi Brewing was introduced by two friends named Jamie Floyd and Nikes Ridge. One had a passion for brewing and the other had a finance background to give a kickstart to Ninkasi's brewery.

They started in 2006 in Springfield, Oregon, at a leased property and moved to the existing location of Ninkasi in 2007. The brewing enthusiasts Ninkasi were awarded the top-selling IPA in Oregon in 2011. Now, Ninkasi is one of the fastest-growing craft breweries in the US.

Some of the famous beers of the brewery are Total Domination Northwest IPA, Prismatic Juicy IPA, Hazematic Hazy IPA, and Bright Peaks Saison (With Modern Times).

Oakshire Brewing was established by Jeff Althouse and his family in 2006 and has a 15-barrel production brewery on an area of 4000 square feet. The name Oakshire represents the brewery’s characteristics: Strength, Independence, and Community.

It is a micro brewery in Northwest Eugene that allows the Oakshire community to enjoy the unique flavor of brews. The Oakshire Brewing provides beer enthusiasts with award-winning craft beer and packaged beer. Visitors are also welcome to tour the brewery only by appointment on the first Saturday of each month.

Oakshire Brewery produces year-round beers that are Watershed IPA, Oaksire Amber- Amber Ale, Overcast Espresso Stout, and some seasonal drinks like III Tempered Gnome and Line Dry Rye- Summer Pale Ale. There are many other popular drinks produced in the brewery. In addition, Oakshire brewing offers packaged products, including Keg, pony keg, Growler, 22, Pint on tap, and Can ( Watershed only).

Alesong Brewing and Blending specializes in barrel-aged and Belgian-style beers and was founded in 2015. It is located on a hillside location in Willamette Valley, about 20 miles from Eugene. The brewery offers a scenic view to its visitors over a sip of tasty, award-winning, and unique beers.

They offer not only wine but food as well, like Pizzas and salads. They have food trucks offering snacks. Visitors are allowed to enjoy a picnic here and bring their food, but no one can get their beer in from outside the brewery. It's a beautiful place to have fun with friends and family.

A post shared by Alesong Brewing and Blending (@alesongbrewing)

Their tasting room is excellent for enjoying the countryside and multiple beer selections. Whether you want a half-pour, full, or try many, it's up to you. All the crafts lead to love and the skill of the brewers who make this flavor profile. They are remarkable in blending. You have to book a tour; otherwise, being a member is mandatory. Non-beer lovers are also offered some other drinks like neighboring wines.

This craft brewery was established by the two brothers Stephen Hughes and Dan Hughes in 2015 in Eugene. Coldfire Brewery is famous for its quality products and has various balanced flavors like IPA, Stout, and St. James Red.

There is a welcoming atmosphere at Coldfire including a play area for kids. In addition, food trucks named Yardey, Pizzeria Dop, Paper Plate BBQ, and Yabai Nikkei offer plenty of delicious food.

Coldfire Brewing not only brews but also offers fun tournaments in large and ventilated tents in front of the brewery. These fun games are Cribbage tournaments - a two hours adventure, Bingo every Thursday, and Open Mic Night Sundays.

Oregon is known for hand-crafted beers. If we look at craft beer in Eugene, Ninkasi is the favorite. Almost every bar has one tap of Ninkasi.